Such keys
Open doors
Only we see.
Each twist
And turn
Unlatches
Somewhere new.
Unleashed
We tumble
Together,
Never unlocked.

That night your card fell
Heavy in my empty house.
All the walls came down.


Two, of many, written for my Sharon over the years. With love.

And if yer feeling all wistful and lovey dovey, you may also enjoy my story "This is the One". 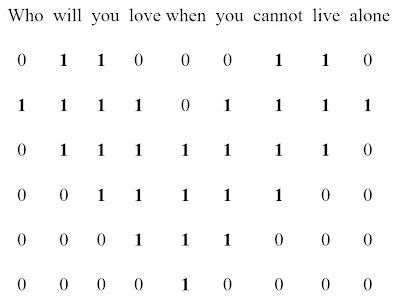 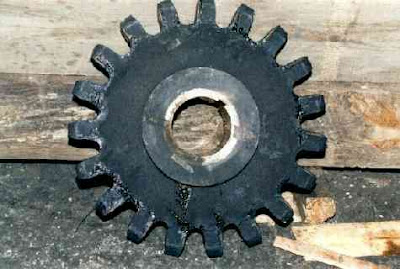 The wheel in the cage would go
Round even if I was gone.
I am the grease on the cog
Of a stalled machine and none
Of the parts grind in time, but
Still, old chains haul up the sun.
Ant under glass I am burned.


Right. Thats enough of that. It's a lovely fresh winters day outside.
And here's a clip of Ren and Stimpy singing about being happy... 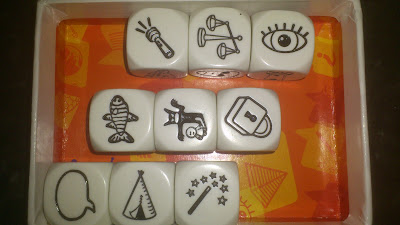 When he was born, ﻿Alberto Vamos was given a present by a mysterious old native american gentleman; a slightly rusty battery operated torch. And whenever Alberto shines that torch upon himself, he casts a long and scary shadow, a shadow with a life of it's own. Alberto's long shadow is called Vikta, and Vikta fights for justice and truth...

Just last week, a local warlock stole all the words for miles around. No one could speak. At first, everyone enjoyed the peace and quiet and they were all having fun drawing up cards and pictures to communicate with one another. But the warlock's all seeing eye saw what they were up to, and stole all the flashcards and felt tip pens as well. Clearly, this was not on. Alberto shone his torch, and unleashed Vikta to sort it out.  And Vikta hid in the early evening sundial and then in the moons shadow, weaving his way in and out of the darkness to get to the warlocks house. Inside, the warlock was buttering some toast, and was a bit surprised when Vikta crept out from behind his golf clubs.
"You've stolen all the voices. Give them back right now."
"Shant." said the Warlock. "All the voices are locked away and only I have the key."
"Well give me the key then."
"If you want this key, you have to defeat me in a battle of wits."
"Fair enough." said Vikta "What has one letter and starts with an E?"
"Ehm..." said the Warlock.
"No. E. One more try."
The Warlock crunched his toast.
"End?"
"Don't be silly." said Vikta "Envelope. I'll have the key please."
The warlock was nothing if not fair, so he handed over the key.
"Now...where's the lock?"
The Warlock laughed and buttered some more toast.
"I fed the lock to a fish in the river. He'll be miles away by now."
So Vikta went fishing, hiding in the shadows of the stones on the riverbed. He caught many fish and cut them open, but there was no lock. Then he thought to use the key as bait. A silvery green fish leapt straight out of the river and tried to swallow the key.
Vikta caught the fish, and cut it open, and inside was the lock; click...all the words were free and they flew back to where they belonged, though some of them had a bit of an explore first. Vikta brought everyones felt tip pens back as well.

That night Alberto had fish fingers for tea.

The wise fish knows the answer.
He sees all we cannot see,
Between the light and shadow
The edge of you and me.
His magic is the question
That we never dare unlock
His scales shine in the silence
When we've forgotten how to talk.