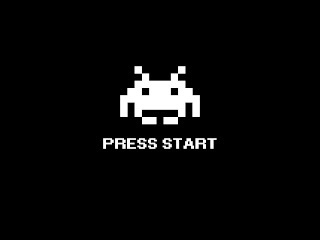 “Okay” I said “And what are we going to do with the body?”
“Which bit?” asked Rab.
“I don’t care! All of it! It all needs to go!”
Rab surveyed the scene grimly.
“We’re going to need some binbags then.”
“Aye. Whatever. I’ll pay...lets just get it done.”
Rab had wandered into the kitchen and was rummaging under the sink.
“There ye go!” he said “Binbags! Why is it folk aye keep their binbags under the sink?”
I looked at Rab as he pondered this particular nugget of domestic behaviour and was struck once again by his steady composure in the face of horrific violence. Were he not so patently straightforward, he could probably have made a good living writing self help books.
“These are nae good.” Said Rab. “Tesco Value. Far too thin, aw the bits keep fallin oot. Plus, you can see through them. What we’re after is some of your heavy duty bastard binbags.” He looked at me. “Got any of them?”
“No Rab. No I don’t.”
“Shame. Cos that’s what we’re after.”
Some blood dripped off the windowsill, splashed gently onto an occasional table and puddled around a plateful of jammie dodgers. This seemed to catch Rab’s attention and he grabbed a meaty fistful.
“You ever tried the blackcurrant ones?”
“I...no...no I’ve not tried the blackcurrant ones...”
“Well don’t bother. They’re shite.”
“Cheers.” I said. “Right. We need better binbags, I’ll get to the shops. You start clearing up a bit in here.”
“Tickety boo.” Said Rab, as if he was just dusting a mantelpiece and some bookshelves and not in fact getting ready to sweep an entire person into a series of heavy duty binbags.

I headed down the stairs, wee Mrs McLatchie’s front door was open again, she may well have heard the whole thing. Would we have to kill her later as well? Seemed a bit harsh, she always took my turn of cleaning the stairs.

As ever, the stench of the boneyard hung dull and heavy, so it was about five minutes before my head was actually clear enough to process the situation. I was in trouble. Proper, grown up, going to jail to get buggered trouble. The easiest thing to do of course, would be to run away. Or to go to the police. But where was the logic in that? I had wanted him killed in the first place; I just hadn’t expected to be so...involved. I certainly hadn’t expected for him to get done in my flat. There was no way that any court would look favourably on that. Momentarily I tried to rationalize the whole thing as Rabs fault. It was not Rabs fault. Over the last few months, Rab had actually been brand new. When I started working for the Reilly's, he very quickly took me under his wing and ironically, made sure I didn't get murdered.

It was about two days into my new job that i realised that “freelance security” was a euphimism for “organised crime”. What gave it away was the night me and Rab were watching the cash and carry and we let the ice cream van guys in to steal loads of monster munch and mars bars. Rab sat me down and explained it all to me.
“If you tell anyone about this," he said, "I will bite yer baws aff. Then one of the gaffers other guys will set fire to ye."
And then, showing an unusual sensitivity, he suggested we split a box of curly wurlies to cheer me up. I ate too many and got sick.
Over the next few nights, in between various pre-arranged burglaries, Rab talked me through the various arms of the operation that we worked for. From public transport through to hard drugs, we clearly did our very best to serve the community. For cash only. This was precisely the sort of story I was never allowed to do at the paper. Terrified that I may be a cog in a wheel that helped spin the axis of evil, I tried to establish if our “organisation” somehow also funded Alqaeda. Rab asked if this was one of the shops up in the schemes.

Then I tried to work out if I could get free pirated dvds. And I could. Alongside some of the most eye-watering pornography I had ever seen. So there’s job satisfaction. And to be honest, big Rab can be quite good company. He’d never do you a bad turn. Unless you owe money; then he’ll break your legs. Right off in some circumstances. Its nothing personal, it's just how he makes a living and he undertakes it with the same resigned dismay that the rest of us do.

It was while I twitched and shuddered along the street worrying, that Laura sailed cheerfully into view. She was at the fruit juice stand looking precisely like the sort of person who took fruit juice very seriously. She looked great. Fit. Not in the “street” sense of the word, in the genuine, “hey you’ve been working out you look really healthy” sense. Despite the fact that I myself, unshaven, bleary eyed and sinister, looked like the complete opposite of someone who takes fruit juice very seriously, she spotted me and waved enthusiastically.

I had first met Laura at school. In many ways, she helped establish the template which has since been the basis for romantic entanglement, or more often, awkward, unhappy sex. Its because of Laura that I know I am predisposed to sensible, respectable, brunette girls who have a great line in foul language. We went out for a while on and off. I had not seen her for about two years.
“Hiya! How ye doin’?”
“Oh...eh..aye not so bad. Yer lookin great"
"Cheers! What ye up tae?”
“Ach not much. How about you?”
“Aye...much the same. Got into Police training though!”
I didn’t say anything just for a second. Then I thought, that maybe the pause sounded guilty, so I better fill the silence. Then I wondered what to say that didn’t sound incriminating, so the silence continued. It’s generally like this when I meet girls though, not just when I’ve murdered someone.
“Hey brilliant!” I said. “You solving crimes yet?”
“Why? You been committing any lately?”
“Hah hah! God no! No. Hah. Eh...no.”
The last time I saw this girl, my major concern was whether or not she was wearing a bra; now I was waiting for her to try and trip me up, Columbo style. And today, she was most certainly wearing a bra. I wondered absent mindedly about whether or not she was wearing one of those shoulder holsters as well.
"Listen...you busy?" said Laura "I've had a shite week, be nice to switch off and catch up."
"Love to. What you up to tonight?"
"No...I mean just now."
"Eh..."
“Aw cmon. I’m back off tomorrow.” She said “I just fancy a wee blether with someone and a bit of chill out time.”
Here she smiled as if to underline the fact that “chill out time” may well include the possibility of sex. And I’ll level with you, I was in the midst of what I will charitably call “a dry spell”.
“So. Your flat still nearby?”
I was so pleasantly surprised, so desparate, that I nearly said “yes”. But it suddenly seemed unlikely that Laura would be quite so keen at the sight of a living room liberally splattered with blood and body parts. Or maybe she would. But if she was I wasn’t interested. As much. It seemed tremendously unfair. I’d waited months for an offer of no-strings attached sex and it happens on the very day I’ve helped murder someone and ended up with a dead body in my flat. There’s no justice. Which, it occurs to me is probably just as well, cos otherwise I’m going to jail to have my dry spell broken by force.
"Laura...really sorry but I can't today. Family emergency."
This was at least, half true.
"Here's my number. Gimme a ring"
I pushed the card at her and ran off, knowing she probably wouldn't call me, not least because I have a really gay looking run. Dead body in the house and no sex. Classic Wednesday.

By the time I got back to the house, Rab had chucked the tidyup and was watching Tricia.
"The chunky lookin' bird here is a total hooer." he said.
"Heavy duty bin bags. Back to business eh?"
There was a knock at the door, Rab looked at me, very unimpressed.
"Did ye leave that open?"
"Hello? Hi Mark? Listen sorry for just turning up. But we really did used to have a laugh..."
"Shit! Its Laura. Quick!"
Rab looked at me and gestured to the living room abattoir.
"Quick whit? Hide?"
Laura stepped into the living room.
“And I know it seems a bit...What the fuck?!”
She definitely did see the body. And the blood. And the bin bags.
“Laura...hang on...its not as simple as you think."
"Hi Laura." said Rab
"What is this? What the fuck is this? Have you done this?"
"Not all of it." said Rab, his professional pride dented.
"Believe me...Laura...this...person, really needed to die.”
“Did they need to get chopped up into little bits?”
“Ehm...” bizarrely, at this point, I looked at Rab for moral support.
“Not that little.” Protested Rab “I mean...we’re hardly talking mince here. The poor prick keeps falling oot aw the bin bags.”
"I'm calling backup."
Laura ran out of the house. It was time to tell Rab the bad news.
"She's a cop."
We ran downstairs after her and out into the street. I have no idea what we thought we were going to do. Actually, I've a pretty good idea what Rab had planned.

And that’s when the first spaceship arrived. A massive, jagged streak of silver, blocking out the rainclouds. I remember thinking briefly, that everything had just changed forever. That suddenly the body in my living room didn’t matter, that Laura being a policewoman was irrelevant, that we may only have moments to live, or a whole lifetime ahead in a suddenly much bigger, brighter universe.
“Check. That. Out.” Said Rab “A fucking big spaceship!”

As it's nearly Halloween, might I suggest you go listen to the Orson Welles Mercury Music Theatre Version which caused a smashing Halloween panic back in 1938.
Posted by Paul Bristow at 09:31